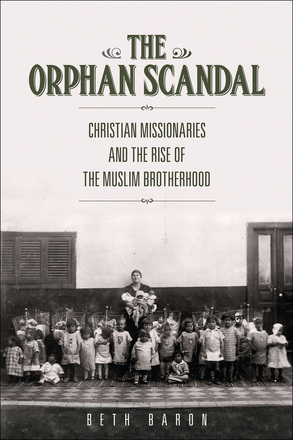 In The Orphan Scandal, Beth Baron provides a new lens through which to view the rise of Islamic groups in Egypt.
This fresh perspective offers a starting point to uncover hidden links between Islamic activists and a broad cadre of Protestant evangelicals. Exploring the historical aims of the Christian missions and the early efforts of the Muslim Brotherhood, Baron shows how the Muslim Brotherhood and like-minded Islamist associations developed alongside and in reaction to the influx of missionaries.