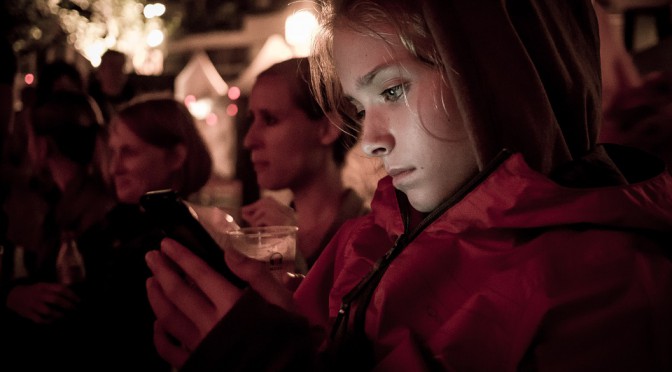 In a recent editorial about how our “overdocumented lives” are making it more difficult to let go of the past, Susanna Schrobsdorff writes:

Most of us type more than we talk these days. And the more we live in this parallel digital world, the blurrier the line gets between present and past. Because when nothing is lost, nothing is past. Even if you want it to be. Unbidden, Facebook’s Memories function has started posting photos of a meal you ate seven years ago with people who may not even be alive anymore. And those images sit in your feed along with photos of the mimosa brunch you’re having on vacation right this very second. Time is no longer a river; it’s a looping series of digital paths.

While human beings have long found diverse means of organizing and traversing the flow of time, Schrobsdorff’s observation raises interesting questions for anthropologists today: How are “digital paths” and practices changing the way people navigate and experience the life course? How is the contemporary obsession with documentation and digital connection altering our relationship to time, memory, and even death? How might digital technologies and social media be reconfiguring the experiential boundaries between life and death, and reshaping practices of mourning and memorialization? Finally, how might the youth, the most avid users of such technologies be particularly affected by these developments?

These are questions I am just beginning to explore in my new research on death in the digital age. For instance, I have come across very moving examples of bereaved children using online memorials to communicate with a deceased parent even months and years after the death occurred.  As one ten year-old girl posted several months after her father’s death, “Hi Daddy! It’s me again! I miss you so much! Tell God I say Thank you for taking care of u for us!” Two years later she began another post with, “Dear Daddy, I got into the spelling bee and made it to the second round.”

Much has been written about the way youth appropriate social media sites like Facebook for the purposes of mourning and memorialization. Some observers interpret this as evidence that digital technologies are playing a key role in “democratizing” the mourning and memorialization process. Others suggest that online memorialization among the youth is generating new intergenerational conflicts about who has the authority to mourn, memorialize, and even communicate with the deceased. Indeed, a number of scholars studying “virtual mourning,” have observed that messages posted on online memorials typically take the form of a letter or message written directly to the deceased. This has led them to conclude that in the digital age, biological death is less and less congruent with social death. The deceased are often kept alive, or at least in circulation through the postings of online friends and others, and in many cases, as Lim has found, “the dead are either assigned, or else presumed to have active social roles” (Lim 2013). 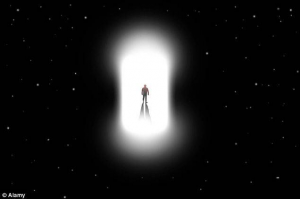 This raises further questions for anthropologists about the functions that online mourning and memorialization serve. Are such practices providing young people with a way to transcend the embarrassment of grief and more effectively cope with loss? Or alternatively, as Hartman has proposed, does cybermourning recharge “the libidinal cathexis to the object” launching it “into ever-new iterations such that the ego is no longer impelled to give up the object”(Hartman 2012:463- 465)? Could the current popular fascination with the “Walking Dead” be reflective of a digital society where the dead do not so much disappear, as linger on in varying states of animation?

It might be tempting to conclude that in a society of networked selves and hyper-connectivity, the human fear of disconnection has become exacerbated. After all, “nomophobia” — the fear of being separated from one’s cell phone — is now recognized as a legitimate disorder among younger generations. And a recent report by CNN found that teens currently spend about nine hours a day on social media and check their Facebook pages approximately 100 times!

And yet it is also clear that the attempt to maintain connections with the deceased is as old as humanity itself. As such, anthropologists might also consider how digital technologies are providing the bereaved with new means for pursuing a very old desire- continuing bonds with the deceased.

From my vantage point, examples of online memorialization by children are interesting not only because they suggest that the digital age is enabling bereaved children and youth to play a much more active role mourning but also because these examples suggest fascinating parallels with many other ethnographic contexts where extended mortuary processes and the double burials are the norm. As Robert Hertz noted long ago, “We cannot bring ourselves to consider the deceased as dead straight away: he is too much a part of our substance, we have put too much of ourselves into him, and participation in the same social life creates ties which are not to be severed in one day” (Hertz 2004:209-210). Considered from this perspective then, perhaps these ongoing and prolonged attempts to communicate with the dead could be conceptualized as a digital drying of the bones. Perhaps, they reflect not only a desire to maintain connections with the dead, but also provide the bereaved with a way to ferry the deceased to the other side. Perhaps writing

and posting messages to the deceased does provide contemporary Americans with a ritual means through which the deceased are rendered dead, and ultimately incorporated into a collective world of ancestors.

To be honest, I am not sure what to make of all of this yet. But I do know that if time is no longer a river but rather a looping series of digital paths, as Schrobsdorff suggests, then anthropologists should be actively considering what the entailments of this change are. How is the digital age shaping the way youth navigate the life course and deal with matters of life and death?

Hertz, Robert. 2004. “A Contribution to the Study of the Collective Representation of Death” In Death, Mourning, and Burial: A Cross-Cultural Reader edited by Antonius Robben pp. 197-212. Malden MA: Blackwell Publishing.

Jenny Huberman is an Associate Professor of Anthropology at the University of Missouri-Kansas City. She is the author of Ambivalent Encounters: Childhood, Tourism, and Social Change in Banaras, India. Her current research explores how experiences of loss, mourning, and memorialization are changing in the digital age.