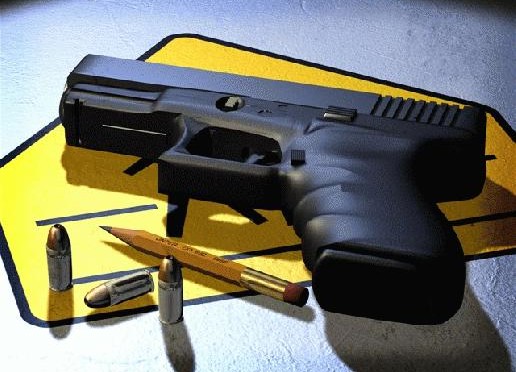 Far from the stereotype anthropologist who heads to the field in an exotic, adventurous location, I am a homebody. My research has been conducted entirely in the United States. My informants are American parents and American kids as young as five. But I’ve run into adventure, especially recently.

Last Fall, as part of a hands-on, civic engagement class in Applied Anthropology at Rutgers University- Camden, my students were assigned to conduct interviews with 7th graders at an inner city Camden, NJ school not far from campus. Each of my college students had to conduct two interviews with the same 7th grader, as part of a child-focused evaluation of an after school program. My undergraduates had been anxious prior to their first field observation and initial interview, but once they had that first visit completed, they gained considerable confidence. The day before they headed out to the field for their second interview, in small groups, they were self assured and optimistic about the work ahead.

On their appointed day, four of my students arrived at the school grounds, right at the end of the school day, with grammar schoolers still milling around the playground. Two of the Rutgers students had gone inside, and two were just arriving when a man shot a woman in the school’s parking lot. The woman fell, dead. One of my students saw the shooting, and one heard the shots fired but did not see it.

Camden is no stranger to shootings. The school had drilled its student population in a lock down process numerous times. The well-drilled routine kicked in, and within moments everyone—including all four of the Rutgers student interviewers—were locked inside the furnace rooms with kids, teachers, and each other. They remained on lock down for a strained suspension of time until the police came and gave the all clear.

To protect the privacy of the teachers and students, I will not describe what happened in the furnace room, nor will I detail the ways in which the shooting caused not atypical trauma reactions in my students. Fortunately, we have a trauma-experienced psychologist on staff at student health services at Rutgers Camden; she accepted my invitation to visit my classroom at our next session immediately after the shooting. This debriefing session was very healing for everyone, those who went through the experience directly, and those who became upset in sympathy with the four students who were directly involved. This class had become close knit, even before the shooting, and the students were comfortable with each other as they together confronted what had happened. The Rutgers-based psychologist left her business cards to make it easy to contact her for follow-up one-on-one appointments. As a clinician, she advised us that the students should plan to return to the school and make up their interviews as soon as possible, since post-trauma avoidance can trigger complicating reactions over time.

I personally drove and accompanied the students when they returned, with some apprehension, to the school grounds. I stayed in the school hallway while they successfully conducted interviews with 7th graders, who had been locked in the furnace room right along with their interviewers. Resilience of character was in evidence, all around.

Urban fieldwork, in my experience, has the potential to endow students with a fuller grasp of lived social reality. The dose of reality those Applied Anthropology students got in my class was profound, and they appreciated the lives of the children they studied with deepened sensitivity to their struggles.

If student ratings are any indication that I handled this experience appropriately, I perhaps did. The course received a perfect score on class evaluation surveys weeks later. Apparently, the steps I took turned out to be right for my students in this difficult situation: first, getting immediate psychological support for them by a trauma-knowledgeable clinician, and second, showing personal care and support to each student by accompanying them to the school (and crime scene) so they could again interview the 7th graders, all the more aware of the tough environment in which the interviewed boys and girls dwell.

The alleged murderer (who shot the woman in front of witnesses on a sunny afternoon) was ultimately arrested. The murder was reported in the local newspapers with a small story, but was not considered noteworthy enough to be featured prominently in area media.

Doing research in America in the 21st century, violence is endemic to the culture and therefore endemic to informants’ worlds. It takes courage to delve into children’s lives in our society; researchers and student-researchers are not beyond the reach of guns and trauma when astonishingly, shootings at schools have come to be taken in stride.

Cindy Dell Clark is currently a member of the ACYIG Advisory Board and Visiting Associate Professor of Anthropology at Rutgers University Camden.

Blog Editor’s Note: If you would like to blog about your experience conducting research with children and youth, or have resources or advice to share with the ACYIG community, please contact Dori Beeler at dbeeler1[at]jhmi.edu.