Given the current political climate, there is a crucial need to examine how illegality is experienced across geographic contexts for undocumented immigrant communities. According to Hiemstra (2010), “labeling a person ‘illegal’ is a subtle yet powerful tool for creating, marking and magnifying perceived difference and exclusion” (p. 78). While the federal political and legal landscape is characterized both by enforcement through a record number of deportations andinaction on comprehensive immigration reform, states and localities have also begun to engage in their own vastly different immigration policy making and enforcement (Zuniga and Hernandez-Leon, 2005; Martos, 2010; Varsanyi, 2010; Varsanyi and Provine, 2012). Some localities have expanded rights for undocumented immigrants, as is the case in states like California and Illinois, both of which are traditional immigrant gateways. While others have become much more restrictionist, as is the case in places such as Tennessee and Georgia, which are considered new immigrant destinations.

END_OF_DOCUMENT_TOKEN_TO_BE_REPLACED 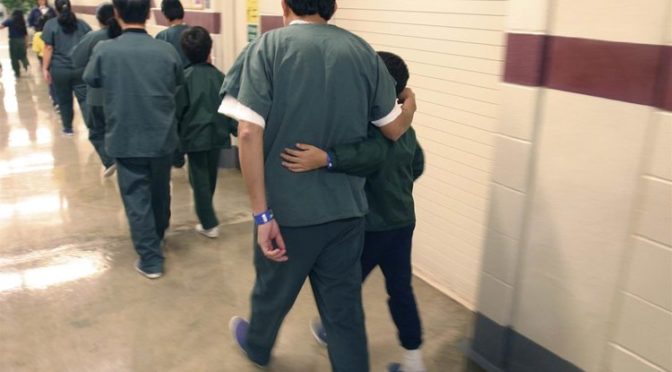 Migrant youth in the U.S. encounter competing media and institutional discourses that cast them as delinquents, ideal victims, or economic actors (See Heidbrink 2014; Statz 2016). Youth Circulations is largely devoted to the politics of these impossible representations.

What is often less considered is how the parents of young people are implicated in such narrations. In many ways, this is a more subtle though surely consequential process, with family members pathologized as neglectful, violent, poor, or otherwise deficient for presumably “sending” or being complicit in youths’ migration journeys. As our work reveals, these discourses are prevalent in legal accounts, popular portrayals, and migration studies scholarship. By implicitly dismissing the ongoing transnational connectedness of “unaccompanied” youth, they contort and fracture valued intimate relationships over time.
END_OF_DOCUMENT_TOKEN_TO_BE_REPLACED