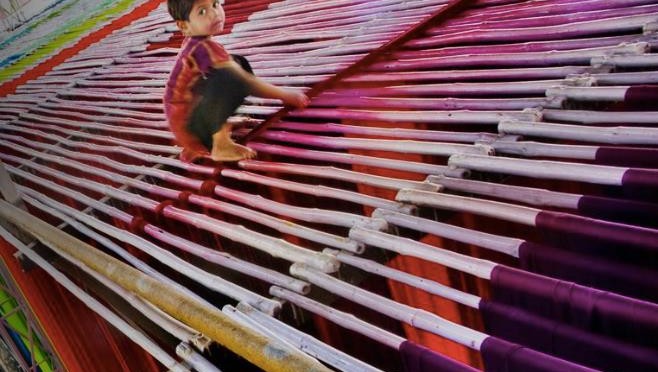 Americans often associate factory work—and the violence and exploitation of manufacturing industries—with distant nations like China, Vietnam, India, and Cambodia. While stories of workers “transported like pigs,” trapped behind barred windows and locked doors, and protected from death by suicide nets trigger broad concern, they tend to ultimately be cast off as the problems of “foreign” societies.

The Emmy Award-winning documentary Made in L.A. brought the narrative of garment worker exploitation back to U.S. soil, but the film focuses on the experiences of adult women. My research thus addresses a critical and unexamined space of inquiry: It moves beyond media attention and scholarship on garment workers abroad or adult laborers in the U.S. to center on the experiences of garment working immigrant youth. This project uncovers the conditions these young people encounter and the ways labor exploitation affects the long-term integration of unaccompanied immigrant youth.

Since 2012, I have conducted research with Guatemalan Maya young adults between the ages of 18 and 35. Most arrived alone in the U.S. between four and 19 years ago. Although violence and poverty push some youth to emigrate, others migrate because years of violence and poverty have led to political insecurity as well as broken educational and occupational structures. In other words, for some the primary motivation is less immediately about violence or poverty than it is the lack of education and job opportunities in Guatemala. Some youth are further motivated by the desire to prevent the replication of their own suffering in the lives of their younger siblings.