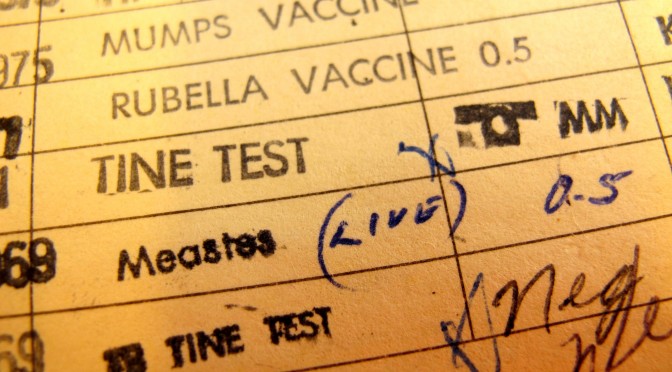 We may not be able to legislate a shift in parenting style, or to mitigate the income gap that provides some with more privilege than others, including access to higher education. But we can build a strong national curriculum for information and scientific literacy into all bachelor’s programs. Doing so may be one of the soundest public health investments we can make.

“Nothing screams ‘privilege’ louder than ostentatiously refusing something that those less privileged wish to have.” So writes Dr. Amy Tuteur in a provocative piece regarding “anti-vaccine” parents. 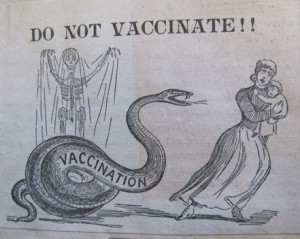 Yet, the recent Disneyland measles outbreak wasn’t driven simply by “conspicuous non-consumption.” Privilege may be necessary to vaccine refusal or delay, but it isn’t sufficient. The minor trend toward non-vaccination among tiny subgroups of the elite that fueled it may actually be (in part) an artifact of exceptionally high self-confidence rather than simply privilege. Let me explain by telling you about two research projects.

The first took place at a private school not far from Disneyland. Private schools are well-known to have more un- and under vaccinated students than public schools. As we began data collection, however, that was not my concern.

My IRB-approved project focused on day-to-day home health practices in relation to education. So, the study asked parents about children’s nutrition, screen time, outdoor play, sleep, and so on–vaccination was not on the question list. Nonetheless, many of the 36 parents in our random, representative sample brought it up themselves during their one-to-two hour long individual interviews (n=24) or in focus groups (n=2), and they spent a good deal of time talking about it. They clearly saw vaccination as a central pediatric health issue.

Two things stood out to me as I considered these admittedly privileged parents’ views on vaccination: (a) parents’ emphasis on doing their own “research” versus simply following recommendations or going with the mainstream, and (b) the high self-confidence they had in their ability to navigate and make sense of the health information universe. As one parent explained, “Doctors only go to another four years of education, it’s not much.” 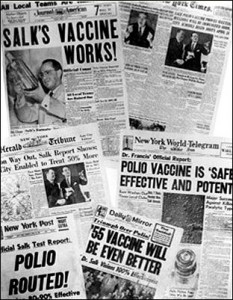 That statement may seem surprisingly cocksure, but statements like it came up in a subsequent IRB-approved study of how parents handle vaccine information. The second study, a totally separate pilot project created for my Spring 2014 medical anthropology class, was broader: it involved English-speaking parents from the community at large. To enroll, a parent had to have at least one child kindergarten age or younger (i.e., a child targeted for pediatric vaccination). Recruitment began at my university’s childcare center but expanded to community locations known to be frequented by the vaccine cautious (e.g., health food stores) to ensure that non- and partial vaccinators were adequately represented.

The students and I enrolled a convenience sample of 53 parents. Over the course of about 45 minutes, each participant completed a short interview focused on vaccine decision-making (we used the five-minute interview method). Each also completed a few short surveys including a self-confidence survey and a survey regarding their youngest child’s vaccination status. We kept participant burden low to facilitate enrollment of busy parents in this rapid assessment project.

Conversely, those who vaccinated were not only less self-confident; they were also less likely to self-educate. They saw vaccination as “routine” and said things like “I trust my doctor” and “I just went with the package.”

In this study as in the first, vaccine-cautious parents—not vaccinators—were active, engaged participants in their children’s healthcare. In form if not content, they were role model parents. They were doing just what healthcare has encouraged us to do; they were “activated.”

Vaccine cautious parents in both studies were most likely to refer to more, and more specific, research to explain their actions. What counted as “science,” however, varied. Many sought information from independent sources rather than, or in addition, to peer-reviewed science. Searching outside the mainstream was meant to bring in more unbiased information; it was in fact proof of ones “objectivity.”

Parents’ keenness to sniff out conflicts of interest cannot be read as mere paranoia. Funding bias has indeed been shown, scientifically, as a problem in some research trials; and vested interests can drive pharmaceutical company marketing also. Moreover, many past expert safety assurances (e.g., regarding DDT, asbestos, cigarettes, frequent antibiotic use) have been upended. Parents are right to be cautious.

At the same time, the evidence supporting vaccination is overwhelming. So what is going wrong? And what does self-esteem have to do with it?

High self-assurance is increasingly common these days, particularly among people who have gone to college. Using the same self-esteem measure as I did, earlier research with state college students has 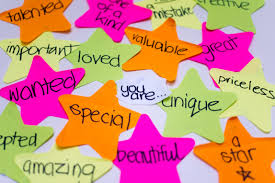 shown a steady increase in narcissistic overconfidence in America’s rising generations—including in regard to their self-perceived information literacy.

One explanation for such overconfidence has to do with “parental overvaluation” and the “good job” parenting style and the “everybody has won and all must have prizes” approach to teaching and coaching that caught on so well in past decades.
This is the context among which many of today’s parents and those who will become parents shortly were raised. Prospective, longitudinal evidence on the cultivation of narcissism supports this explanation.

Related to parental overvaluation, grade inflation and other unfortunate pedagogic shifts in higher education also seem to have left students believing that they have achieved more than they actually have done. That’s relevant here because if college-educated parents feel that they are more prepared than they actually are to gather and critically consider vaccine-related claims and data, they may easily come to mistaken conclusions.

Vaccine caution has diverse roots and causes. Identity politics and 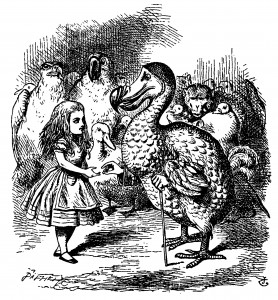 social mechanisms within vaccine-rejecting communities are certainly contributing factors. But “good job parenting” on the one hand and “all must have prizes” higher education techniques on the other—including grade inflation and student-friendly features—also may play a part. These practices may encourage unreasonably high self-confidence in one’s ability to enter into debate with experts—even when one’s information and scientific literacy still are nascent.

We may not be able to legislate a shift in parenting style, or to mitigate the income gap that provides some with more privilege than others, including access to higher education. But we can build a strong national curriculum for information and scientific literacy into all bachelor’s programs. Doing so may be one of the soundest public health investments we can make.

Dr. Sobo’s current research focus is on cultural models of child development as applied in classroom settings. She has written numerous peer-reviewed journal articles as well having authored, co-authored, and co-edited twelve books on various topics. Her latest books are Dynamics of Human Biocultural Diversity: A Unified Approach (2013), The Cultural Context of Health, Illness, and Medicine (2010), and Culture and Meaning in Health Services Research (2009).