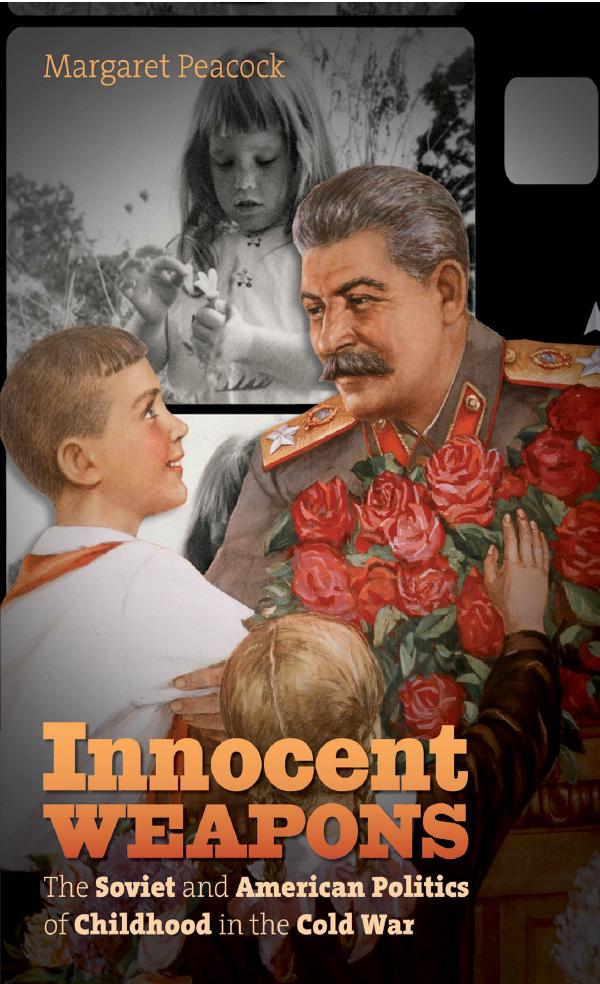 Innocent Weapons: The Soviet and American Politics of Childhood in the Cold War

Innocent Weapons is a transnational history of the image of the child from 1945 to 1968. It explores the abundance of childhood images that Soviet and American politicians, propagandists, and protesters manufactured for the purpose of building international and domestic consensus for the Cold War. It examines how these efforts ironically led to a collapse of that consensus in the late 1960s as well as a fundamental shift in American and Soviet understandings of childhood. The book argues that leaders and propagandists in the United States and the Soviet Union used images of children in comparable ways to rally their populations behind their domestic and international policies, to pursue popular consensus, and to ensure the preservation of public order. When one reads the story of the Cold War through the lens of the child’s image, the ideological differences that seemingly differentiated the Eastern Bloc from the Western Sphere are tempered by the revelation that Soviet and American leaders and propagandists were in fact engaging in similar visual and rhetorical projects in order to sell a war, to preserve power, to justify policy, and to maintain order. These portrayals, which span the ideological and geographic boundaries of the conflict, reveal a story in which the producers of these images had more in common with each other than they did with their intended audiences. By viewing the Cold War as a dialectic between those who owned the means of image production and the intended consumers of those images, this story suggests that we must reexamine our previous understandings of the divides that defined the war itself.